Here in Canada, we are raising up a new generation of evangelists through our small mentoring Advance Groups, Advance Evangelism Summits and Evangelists Gatherings. We are showing the love of Jesus in deprived neighbourhoods through Eden.

But we are part of something so much bigger. With hubs in the UK, Germany and South Africa, The Message Trust is helping to transform lives around the world with the gospel and the love of Jesus. Check out what we have been up to below! 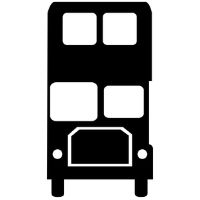 Our 5 high-tech mobile youth centre busses provide a safe ‘off the street’ environment for young people to go.

Over 150 hours spent mentoring, supporting and leading services and discipleship groups in youth offending institutes and prisons every month.

950 Advance Groups training evangelists in 55 nations across the globe

Message Academy train and equip the next generation of creative evangelists and missionaries.

Over 23 years, we have planted over 70 Eden teams across the UK.

Nine social enterprises provide jobs, training and support to ex-offenders and those at risk of offending.

Find out more about what we are up to all over the world here.

Bill Hogg is Message Canada’s National Director. Originally from Scotland, Bill spent much of his childhood in the US and it was here in one camp, he met and responded to Jesus – but it wasn’t under his final year of school that he fully accepted Jesus into his life and sensed a call to use his life to advance the gospel.

Bill dreams of seeing a new generation of Canadian evangelists raised up by God and released into the harvest fields, and he longs to see teams of downwardly mobile urban missionaries put roots down deep in broken postal codes to share their lives, share the gospel, and to bless and elevate the poor. Bill is a dynamic evangelist and communicator who is available for outreach an events, training, and church gatherings.

Bill is a published author and former radio talk show host and has served as a pastor, professor, evangelist, and a movie extra! He was involved in pioneer evangelism in Scotland, developing Youth for Christ in his role as National Evangelist, he served as part of the Arrow Leadership Ministries faculty offering congregational and para-church leaders training in evangelism and he served as National Missiologist with a Canadian interdenominational church planting network. Bill has also been involved in assessing, coaching, training, and supporting church planters for several years and is part of the SEND Institute Missiologists Council, drafting the church planting manifesto. He also serves on the Church Planting Canada leadership team and his doctoral research focused on the missional renewal of the church.

‘Bill Hogg has a very unique and important calling to reestablish and enhance the role and calling of the evangelist in North America.  His life has prepared him for this moment. His passion for this cause is now brought to bear on this new and important ministry. May God bless it.’ – Alan Hirsch, Missiologist, Author

‘Bill Hogg is a passionate apostolic evangelist, with a razor-sharp mind and a tender heart. He communicates the gospel with clarity, cultural insight, and an uncanny sense of humor. Bill is a thoughtful missiologist and effective trainer who has invested his life in mobilizing the people of God on Jesus’ mission.  I am grateful for his friendship and commend him to you.’ – Mark Reynolds, Senior Strategic Advisor, Redeemer City To City

‘Bill Hogg’s deep love for Jesus and the kingdom, his understanding of the nuances of culture, and his powerful use of language allow him to address hearts like a surgeon’s scalpel. Where other speakers (or leaders if you like) will whip up emotion to a fevered frenzy and call it ‘life change’, Bill masterfully puts God’s truth in a context a listener can relate to. Profound and yet simple, he leads them to a fork in the road decision, based on truth rather than emotion. He is quite simply one of the most gifted and effective speakers I’ve had the privilege of learning with.’ – Dr. Carson Pue, Executive Mentor, Best-Selling Author

Chrissy’s passion for mission and creativity came from being brought up by parents in London (UK) who spent 20 years taking teams of young people to work with and encourage churches in Romania. After marrying her husband Dave, they set up a school’s outreach ministry using bands to share the good news of Jesus around the Southeast of England where they met Andy Hawthorne and The Worldwide Message Tribe and got equipped and resourced by The Message. After 10 years of schools work and church planting, Dave and Chrissy felt called to Toronto to help with two church plants before moving to Vancouver to work with Village Church, planting a church in Abbotsford.

Chrissy is excited to be coordinating the creative arts side of Message Canada and show people their value, purpose, and identity in Jesus through music, film, the spoken word and more. By developing a forum to train, raise and release artists to be active throughout the BC lower mainland is excited to see a generation impacted by the hope of Jesus!

Morag grew up in Scotland as a Mormon and it wasn’t until she attended a gospel concert as a teenager, at the invitation of a work colleague, that she had a life-transforming encounter with Jesus. Immediately after this, Morag spent time reading the bible, praying, growing in her faith and love for Jesus. When she met and married Bill, they kicked up their street evangelism, evangelistic campaigns, church revitalization and soccer camp ministry. Morag has a passion for seeing everyone develop a love for reading the bible and spending time with Jesus, for youth work, organising events and coordinating evangelistic soccer camps. Her love for prayer and intercession helps her be a prayer champion for Message Canada, coordinating prayer support for the ministry and for the growing team.

Having not grown up in church, Sarah was introduced to Jesus by those she met in everyday life. At 21 she decided to get baptized but it wasn’t until she experienced immense hardship that she desired more of God in her life. It was here in the place of difficulty that she saw Jesus as more than a superficial friend, he is everything to her.

Today, Sarah, her husband (Jordan) and their four kids, lead a church plant in Calgary in an area that is affectionately referred to as ‘The Hood’. Here, there is never a dull moment, and it’s here God’s shown Sarah that the safest place she could ever be is where he has asked her to go, even if the rest of the world sees it differently.

Passionate about passion, Sarah wants everyone to know her greatest passion – Jesus! As an Advance Ambassador, Sarah serves and blesses the church by identifying and equipping evangelists, resourcing pastors, all with the great hope that people grow in their passion and boldness for evangelism, so that together we can share the good news of Jesus to our nation and beyond.

Heath is a veteran missionary evangelist, who along with his wife, Mariko planted a church in an anarchist community in Athens, Greece. Even in the face of violence and riots in Athens, Health and Mariko loved and served their neighbours, witnessing Jesus. From this sparked a passion for evangelism and seeing lives transformed by the gospel.

Now a Pastor in East Vancouver, Heath is also our Eden Mobilizer, where he provides support to congregations on the journey of Eden Team deployment. Heath is also an Adjunct Missions And Evangelism Professor and is available to coach Eden Leaders and teams in team-building and how to share the good news of Jesus with the least, last and lost in society in an engaging and relevant way. Heath’s desire to see neighbourhoods transformed by the hope and love of Jesus motivates him as he encourages and equips teams in their urban mission, community building and gospel proclamation across all cultures and social demographics.